Dan Card – known by some as the wizard of real estate. Born and raised in Coquitlam, Dan has spent his entire 35 years in the Lower Mainland. Licensed as a Real estate agent since 2015, there’s nothing else Dan could imagine doing with his life. He’s made a passion out of helping people find the homes, or investments, that are right for them.

Dan is client and customer service focused, leaning on his time spent in multiple customer service roles, and as a paralegal, prior to becoming a Realtor. At the end of the day Dan would rather you not buy a home at all then have you buy the wrong home. Dan prides himself on being personably and approachable, easy to work with and amiable.

In his eight years in business Dan has won multiple awards, including Rookie of the Year for his brokerage in 2015, the 2019 Realtor of the Year for Royal LePage West R.E.S., as well achieving Medallion Club Status (top 10% of agents in Greater Vancouver) over multiple years.

Dan currently lives in Coquitlam with his three kids, his retired mother, and his girlfriend with her two kids. He understands all of the different family dynamics: from single individuals, to couples, families with kids, blended families, divorces, and multi-generational living. He understands it all. He’s been through every step, including the loss of a child, and he’s here for you every step of the way.

Dan is passionate about helping people purchase their first home, helping people upsize as they need more space and as their families grow, and bringing multiple generations of families together under one roof (or sometimes two in the case of a duplex or a laneway home!).

When not selling real estate Dan spends time with his family, loves playing video games, drinking a good craft beer, enjoys the gym, painting miniatures, playing Pathfinder and many other nerdy/geeky activities! Dan also loves hitting up new restaurants throughout the Tri-Cities whenever they pop up, and always had a good recommendation for food anywhere from Coquitlam to Maple Ridge.

So if you’re looking at buying or selling a home why not give Dan a shout? You won’t be disappointed. 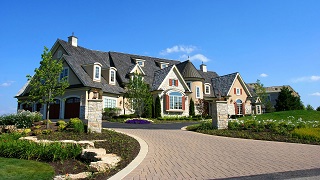